There are many  varieties of Amaranthus to chose from.  They are pretty easy to grow and look best when grown in large groups.  By far the most impressive tassel flower is the one mentioned below. 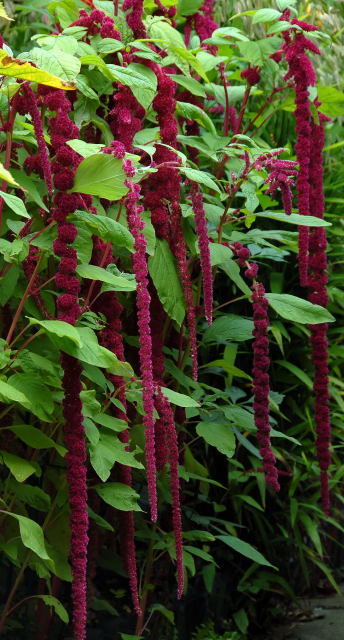 This plant also masquerades under the guise of  Love lies bleeding. Amaranthus caudatus grows quickly from seed and by summers end should have produced  tassels as long as your arm.  It is surprisingly stable for such an apparently top heavy plant.  However if grown in a situation where is forced to lean, a bit of support will help you to enjoy this plant right through until Autumn.  The tassels remain red well into September so there is little risk of them creating a scruffy feel in the tropical border (like hostas for example).

There is also a variety with green tassels for some reason. (A.caudatus var. viridis)

This plant is rather small and is soon swallowed up by other members of the tropical border. 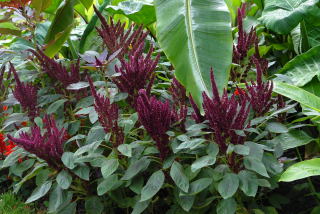 There are a number of varieties within the paniculatus range. The variety pictured above is 'Oeshberg'.  Although the foliage often starts out with an element of purple, it becomes less so as the plants grow.  These plants have nice upright tassels.  The plants are largely self supporting but as the summer progresses they become vulnerable to extremes of wind and rain and may require some support. 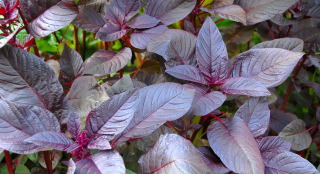 This variety has much smaller tufts but the foliage remains a nice purple colour through out its life.  This plant will however become quite large quite soon particularly if it is planted in rich soil.  If it finds itself at the front of the border it can soon overwhelm plants planted to its rear and put the whole display out of harmony.  This can be cured by pruning the plants or removing them as the plants behind progress.

Again this plant supports itself quite well but if forced into a situation where it has to lean towards light and there is a thunder storm.....

The picture below shows some self seeded Amaranthus (predominantely 'hopi red dye') somewhat getting ahead of themselves.  This is also a good indication of why home made compost should be incorporated in planting holes rather than spread over the surface. 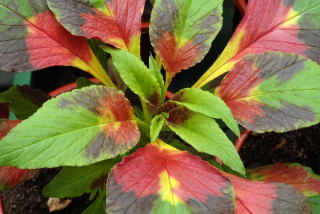 Unfortunately Tricolour splendens perfecta just does not seem to have enough umph to really make a serious contribution to the cool climate tropical garden.  This is a shame as the leaves are particularly colourful and would make a useful addition to the colour palette available to the exotic gardener. The seeds are also relatively expensive (compared to the others mentioned on this page) and are poor germinators (again relatively speaking).  Having said all that if you happen to have an unoccupied spot in a prime sunshine, rich-soil location, there's no harm in giving them a go.(You never know, global warming may kick in one of these days).

Growing Amaranthus from seeds is easy.  The ease at which they grow should also be heeded as a warning. Once planted you are likely to have this plant in your garden for years to come.  Although this can at times be a nuisance, the plants are easily weeded out by hand or hoe.  The problems of self sown plants can be greatly reduced if you do not compost your old plants.

Seed can be sown in cells but better results are achieved by a direct sowing.  Seeds sown indoors or in a greenhouse grow quickly and their roots soon fill their cells.  This causes the plants to panic and begin to flower before you have even begun to think where you might want to plant them.  Plants sown directly germinate when the time is right.  They are also much more sturdy as they have had to cope with wind and rain from day one. 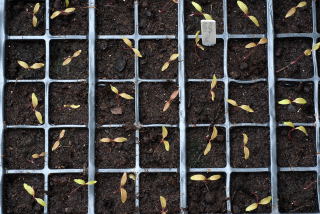 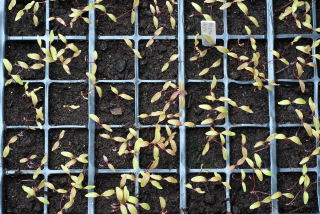 Packets of Amaranthus seeds are usually on the generous side.  This allows you to scatter seeds liberally over a modular seed tray.  Germination usually takes place within days.  Allow them to grow a little and then, rather than pricking out the individual seedlings, simply remove (and throw away) all but one from each cell.  Each cell will need to be potted on fairly soon to prevent premature flowering. All this in turn creates space issues (and work load) in the greenhouse or kitchen window sill.

Sowing seeds directly onto the soil is a much simpler process.

Due to their reasonably fast rate of growth it is also possible to sow Amaranthus quite late in the season, (useful for filling in any awkward gaps you may have in your display).

Self sown seedlings tend to be rather more cramped as hundreds rain down from the tassels above. They will need to be thinned and spaced out. 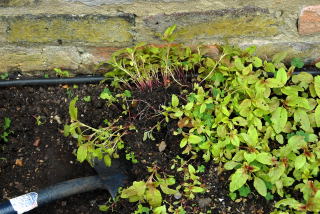 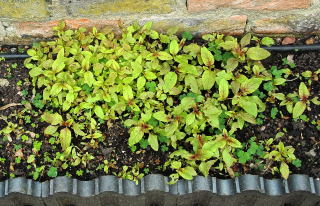 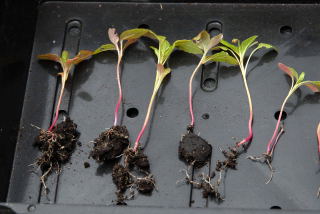 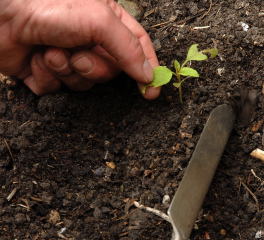 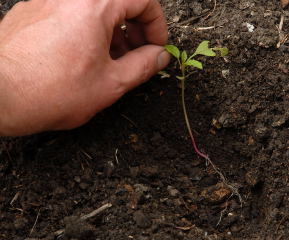 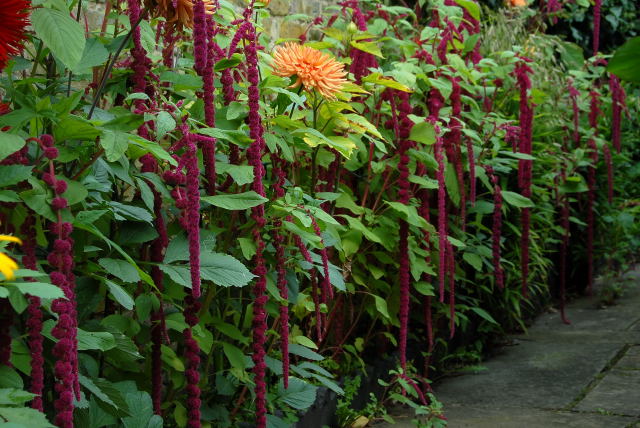 In this instance the plants were grown in a very narrow east-facing bed (8"/20cm).  This bed had always been problematic, bordered to one side by a path, the other a brick wall.  The Amaranthus caudatus grew happily all summer with no more than routine watering.

At the close of summer your Amaranthus flowers will be full of seeds. 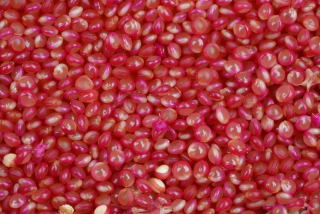 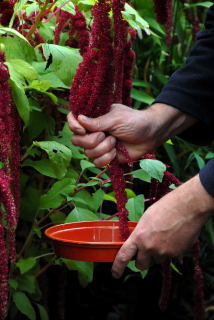 To harvest the seeds: