If you don't have the space, a greenhouse or the inclination to grow canna lilies indoors, they can be successfully sown directly into the soil. 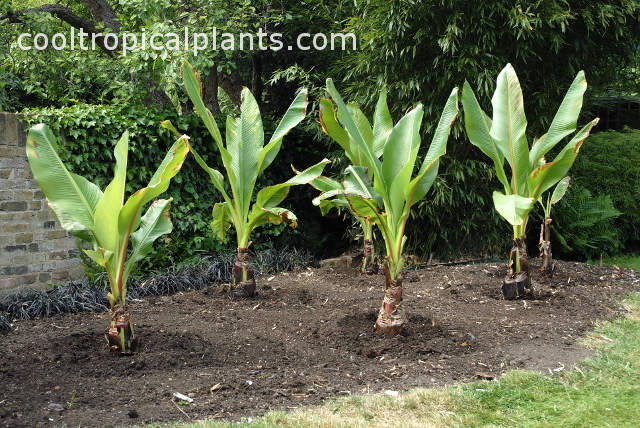 The previous summer this bed had been filled with giant red Ensete ventricosum. They had become too big to dig up and store in the greenhouse so another attempt was made to overwinter them outdoors. Despite the mild winter that followed the plants did not make it. The red Ensetes were replaced with the green ones shown in the picture but there was a lot of exposed soil and nothing on hand to fill it with.

It was decided to see how successful it would be to sow Canna lily seeds directly into the soil. The alternative (shock horror) was to go and spend a fortune on ready made bedding plants. 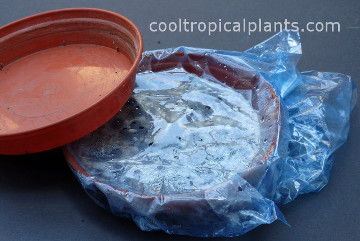 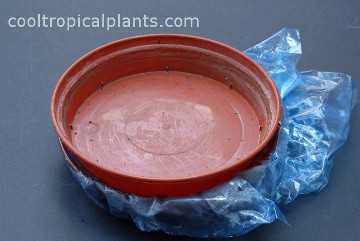 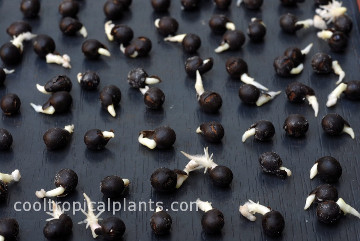 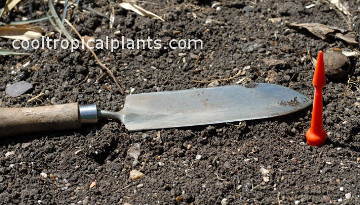 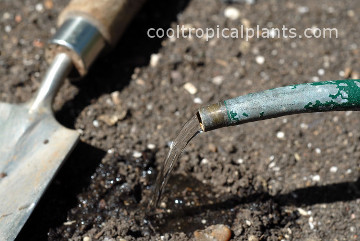 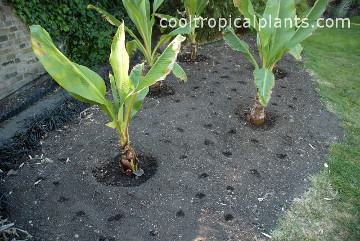 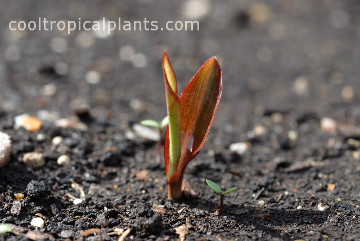 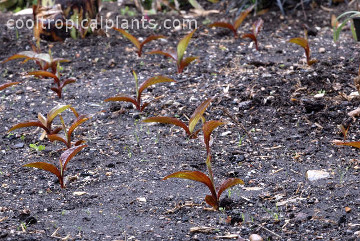 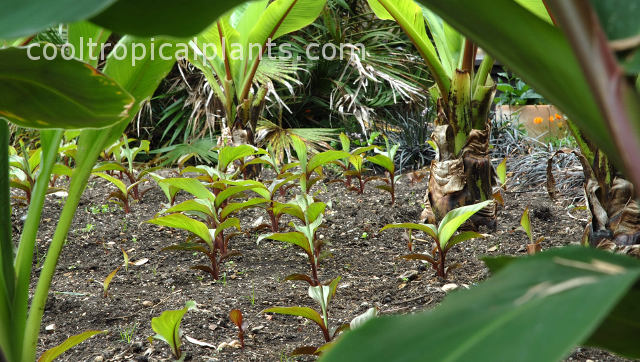 Weeds will be a nuisance. Care needs to be taken when hoeing around your newly emerging Canna seedlings, particularly if there are sensitive people or children present. (Bad language often follows a miss-hoe).

The results of the direct sowing of Canna lilies 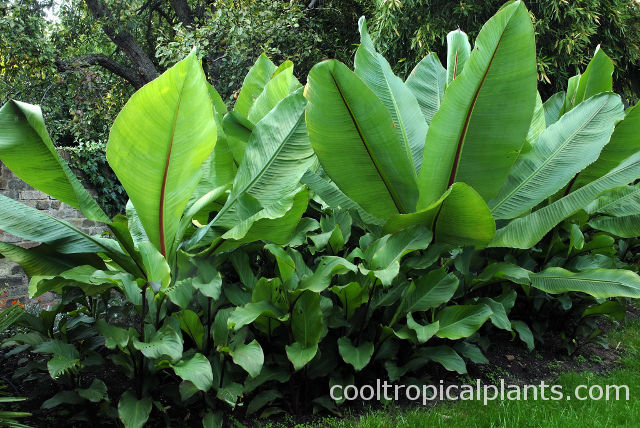 14 weeks later and the Canna lilies have filled out the bed quite nicely.

Due to the fact that this procedure was an after thought, the whole chipping process did not start until the very end of May. This resulted in a lack of flowers and the corresponding seed crop for the next year. Ideally the process should be started as soon as any risk of frost is over. The whole thing can also be speeded along by warming the soil with clear plastic sheeting prior to sowing.