Cyperus alternifolius is an attractive plant for the water garden. It can be planted directly in the pond, used in swamp pots or the bog garden. 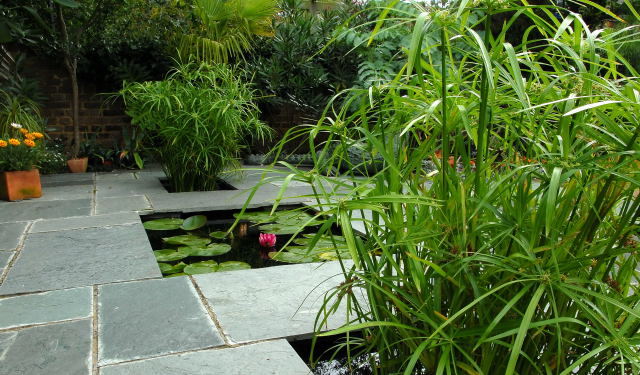 The requirements for this plant are straight forward - Sun and water. C.alternifolius will grow in a partial shade situation but will not reach the same proportions of a plant grown in full sun.

When planting up a swamp pot (any waterproof container) use a loam based compost such as John Innes No2. 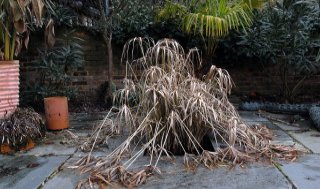 Some literature suggests that this plant is hardy to Zone 8 (-12ºC) so long as the crown remains under water.

Plants grown in this garden have never survived the winter when left in the pond. Plants grown in swamp pots have shown only sporadic survival, i.e. the odd stem has pulled through but never enough to prevent you from having to replant the container.

It should be assumed that Cyperus alternifolius will not survive a typical northern-temperate winter if left outside.

To over come this problem you have a number of options: 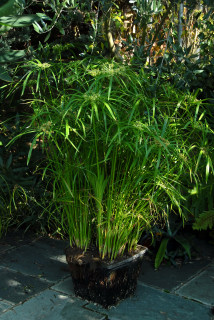 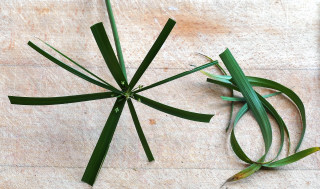 First of all cut off the top of a healthy stalk leaving about 4 inches (10cms) of stem.

Remove the seed heads (optional) and trim the leaves slightly. 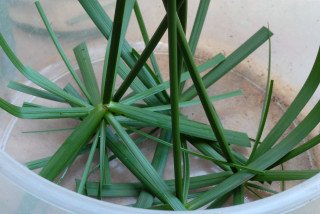 Place the cuttings up side down in a plastic container. (Sawn off water bottles make ideal containers for window sill cultivation).

Add water until the stems are 2 inches (5 cms.) or so underwater.

Cuttings taken in the Autumn benefit from a spell in a heated propagator or placing the container on a heat mat. This is not essential but will speed up matters. 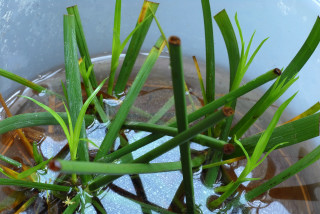 After a couple weeks, new shoots have appeared. (The speed of root and shoot development will vary according to light availability and temperature of the water.) 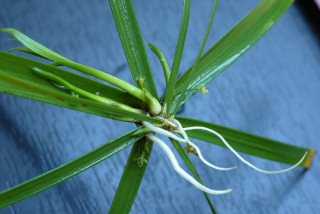 At this stage the cuttings are ready to be potted up. 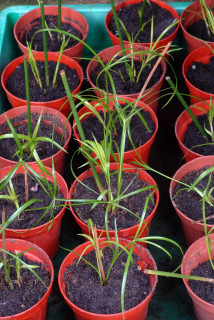 The cuttings are potted up in a loam based compost. Once again you can speed things up placing them in a heated propagator with added water. 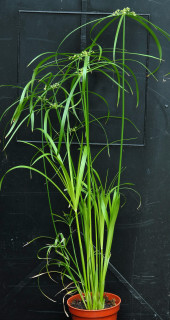 This picture shows the tall, rather wispy growth the plant achieved during the winter and the nice strong new growth developing at the base.

When the plants go out in to the garden, the tall weaker stems tend to snap in the first gust of wind. These weaker stems can be removed and yet more plants can be produced as in the case shown below. 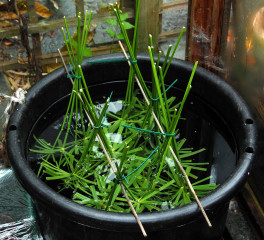 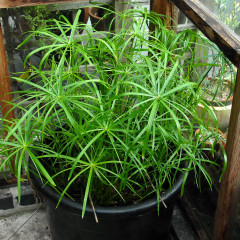 Now that the greenhouse had been emptied, a larger container could be used. A couple of fish were added for mosquito control.