By chance, a fool proof (so far) method of overwintering Colocasia tubers was stumbled upon. On this page some of the problems encountered when trying to overwinter Colocasia esculenta are mentioned. As a result of these problems, at the end of the growing season, Colocasias were generally chopped up and added to the compost heap. Another reason for this nonchalant behaviour lay in the ease and low cost of replacement tubers in this particular neck of the woods.

One year when turning over the compost heap, it was noticed that several tubers had not been composted and were in fact, actively growing. With this in mind it was decided to see if this would be a feasible method to overwinter Colocasia esculenta tubers. 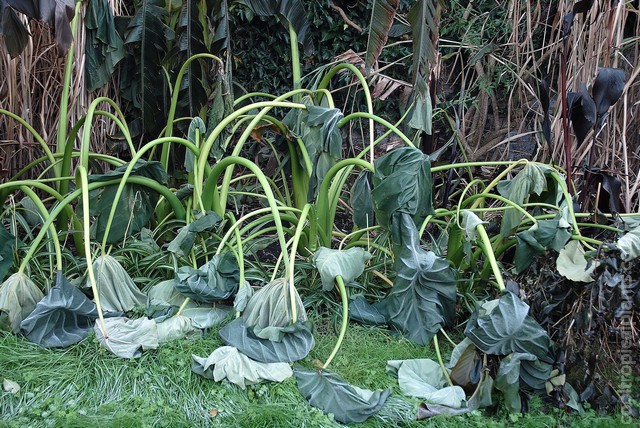 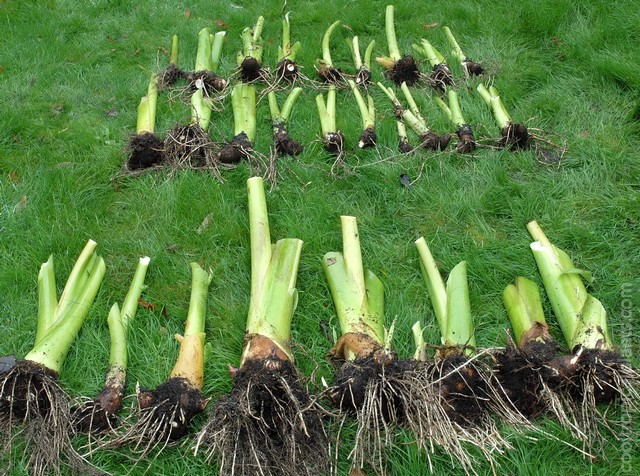 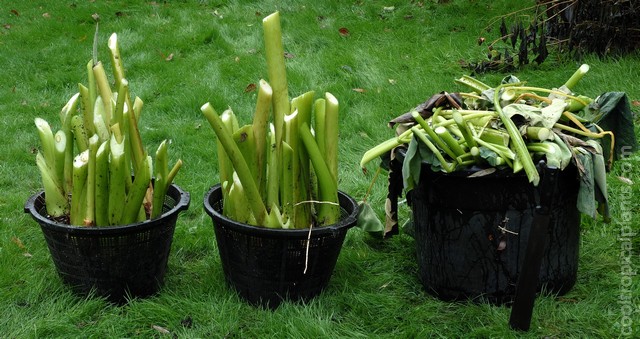 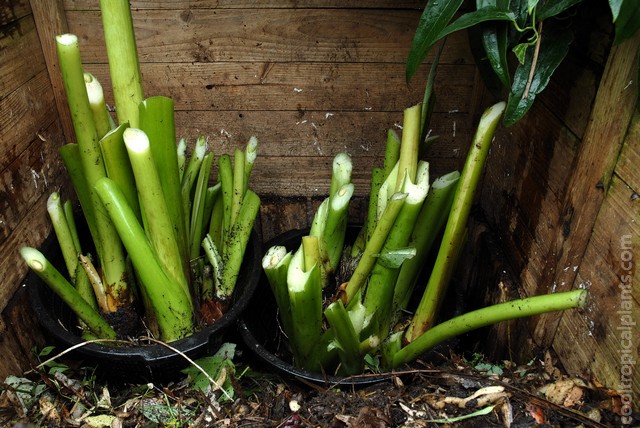 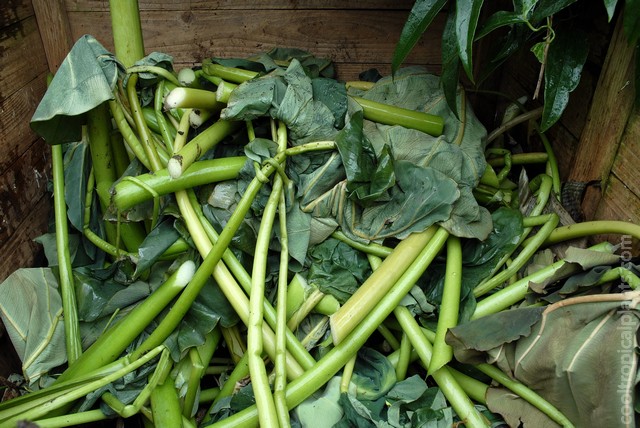 It should be noted that this method of overwintering Colocasia tubers has altered the compost making routine outlined in the link at the top of the page. Previously the whole 'turning of the compost heap' palava would take place once the first frosts had knocked out most of the plants in the garden.

Now the Colocasia tubers are added to the 'fill' side of the compost bins directly on top of (dug into) the existing semi rotted compost without turning anything over. They are covered by whatever will fit into the space available. This can leave a lot of surplus frosted foliage with nowhere to go. This excess frosted foliage, canna stems etc can be spread over the soil to protect any delicate tubers or rhizomes from further frosts. It is a little unsightly but does create an effective barrier to cold.

The compost bins are now emptied and refilled in April/March so that you can access your tubers that have been overwintering in the compost. 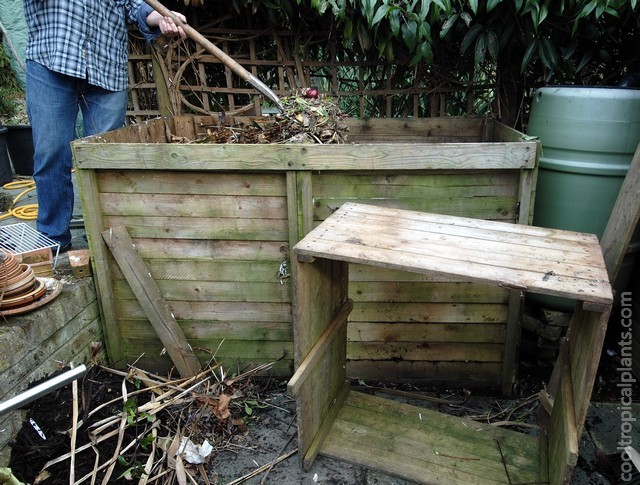 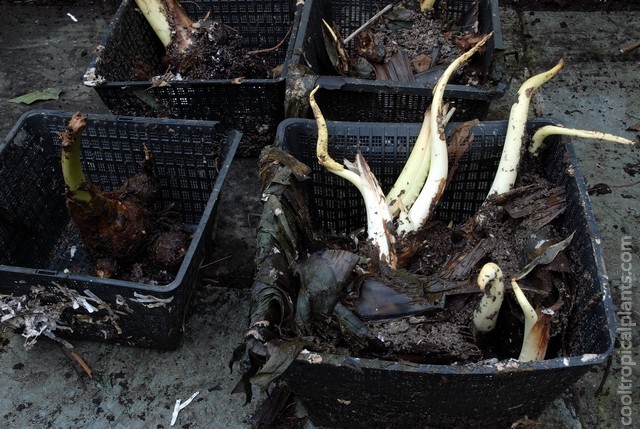 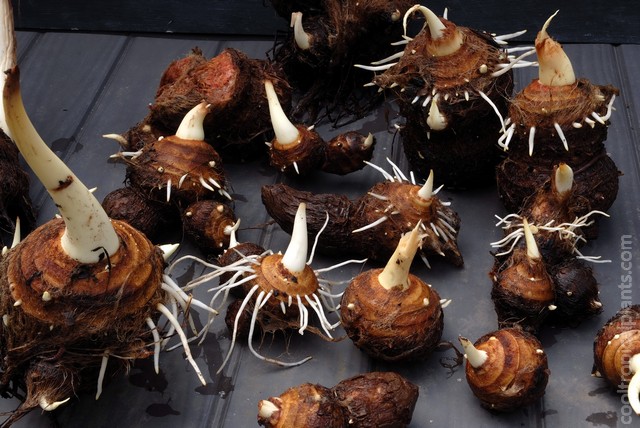 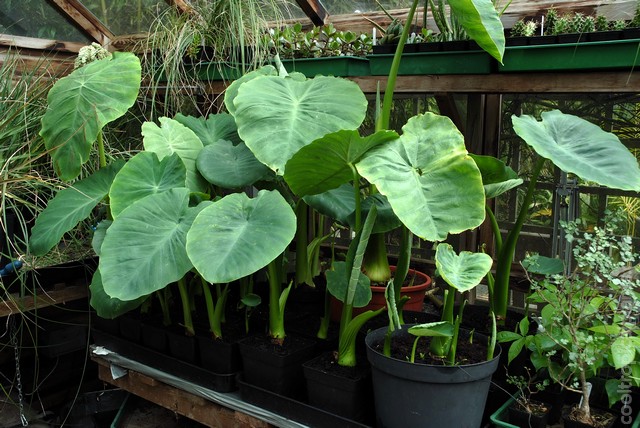 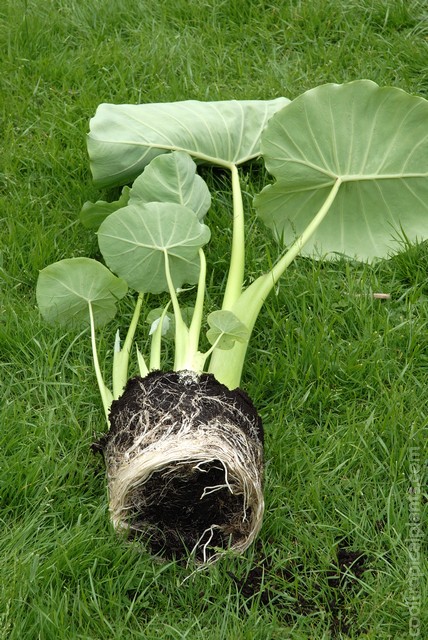 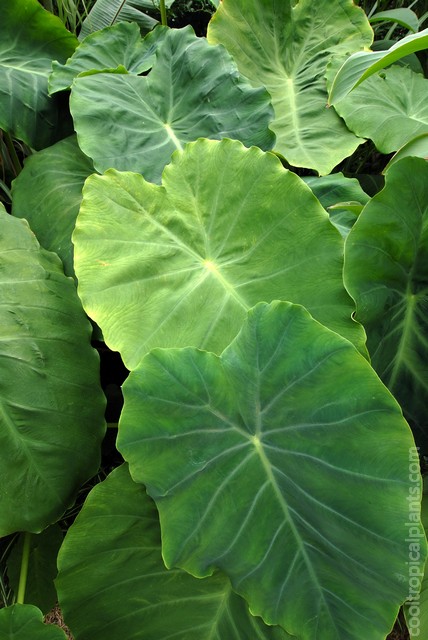 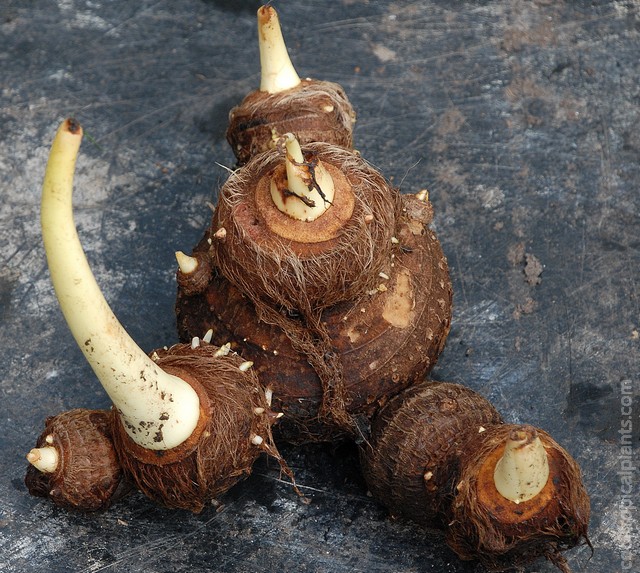 This method has only been attempted with Colocasia esculenta but there is no reason to assume it will not work with other commonly available elephant ear type plants.