Cyperus papyrus is another fine plant to give your garden the flavour of exotic climes. It is not the fastest of growers in cool climates but with a bit of pampering you can have good looking plants growing by the end of the season 2.

Below are a few pictures of the plant growing both in ponds and swamp pots and are taken over a number of years. If you like what you see, links to the intricacies of growing this plant are at the bottom of the page. 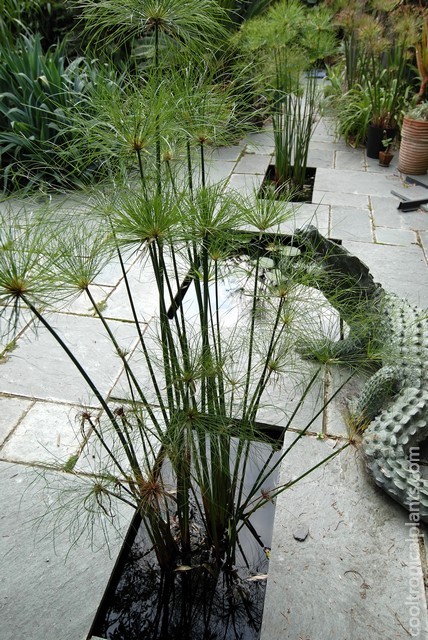 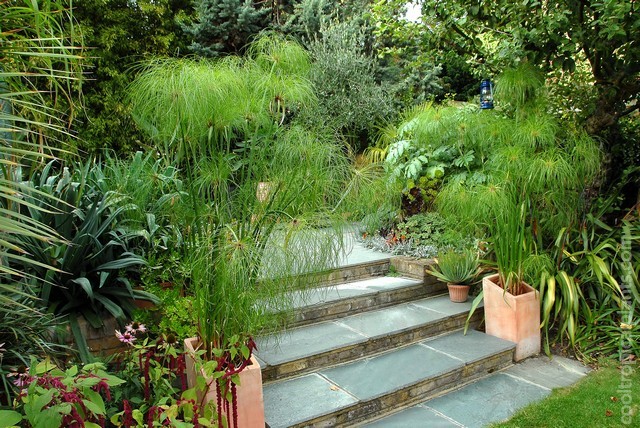 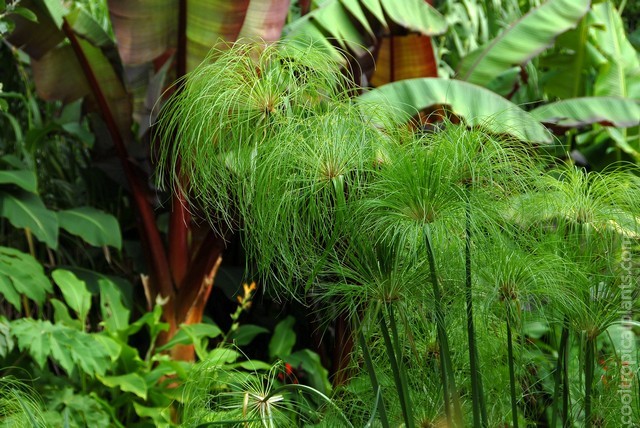 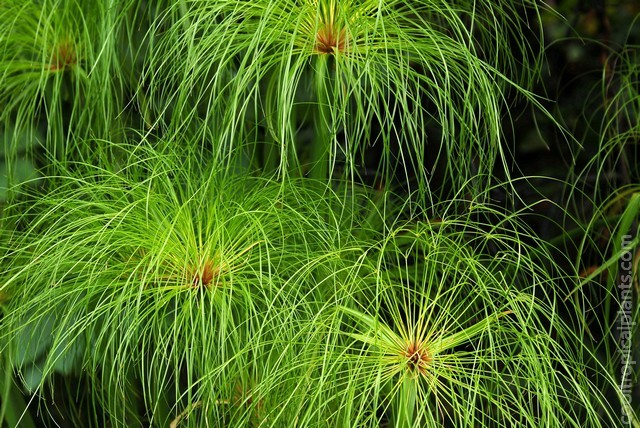 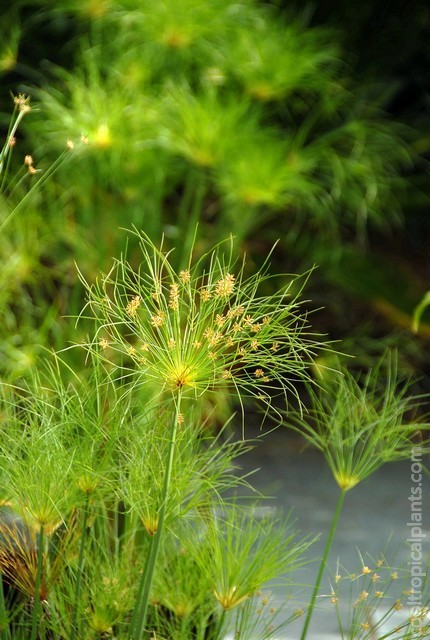 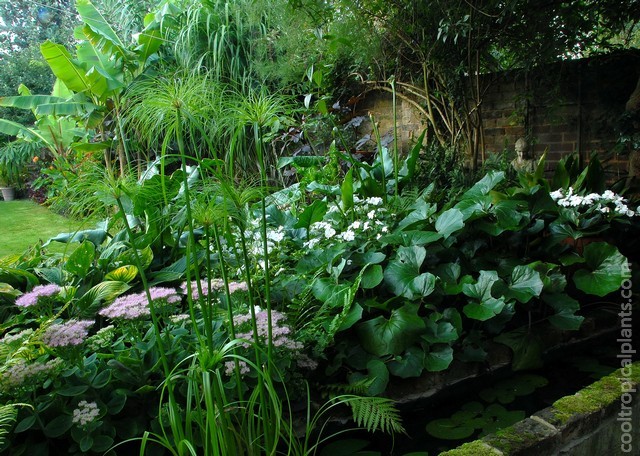 The challenge with growing Cyperus papyrus is that it generally looks most impressive in its second year of growth. The plant does not exactly fly out of the blocks in the looks department in the spring either. This could possibly explain why it is hard to find this plant for sale at the beginning of the season. They do turn up occasionally towards the end of the season, luring you to buy them with their controlled culture perfection only to look like they have been dragged through a hedge backwards come the spring.

Fortunately Cyperus papyrus are easy to grow from seeds. One possible method is outlined here: