Growing Cyperus papyrus from seed is quite straight forward. Being an aquatic the whole fear of 'damping off' is also conveniently removed as you will be germinating the seeds in a wet environment. You can begin this process anytime after Valentines day (Northern hemisphere).

The basic equipment required to raise your seeds is: 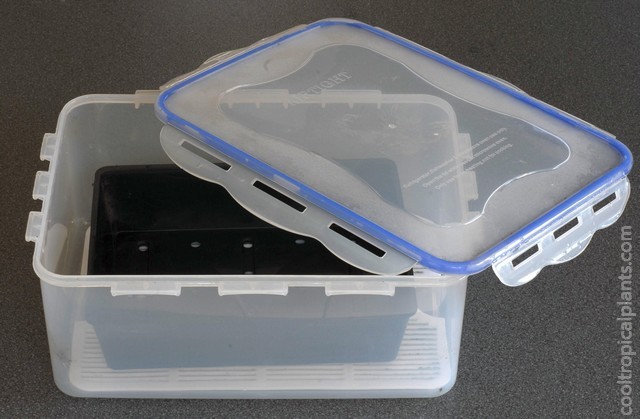 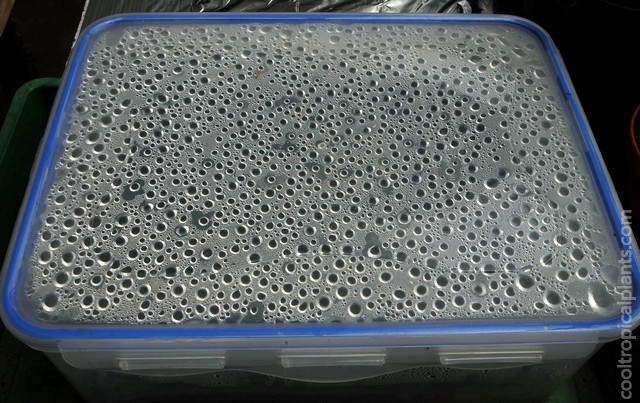 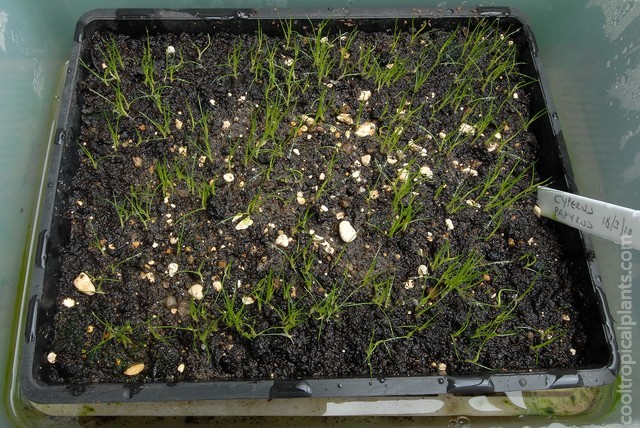 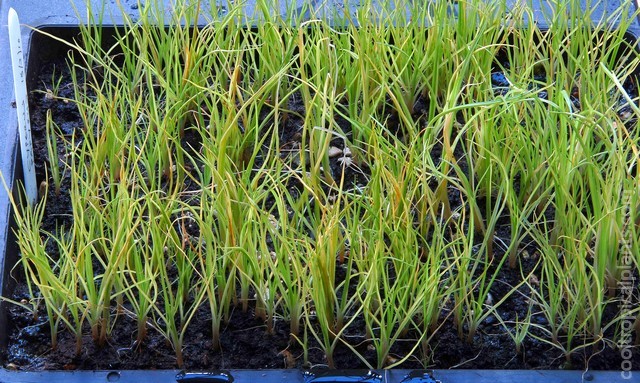 During these initial months the lid can be kept on the container and the seedlings are quite content. This is quite convenient as it allows you to be getting on with other things rather than finding out all the plants died on a particulary hot day you forgot to check on them. NB. Cyperus papyrus - seedlings or adults do not like to dry out completely - ever.

Once you see the leaves pushed up against the lid it is time to remove it. Crack the lid open and leave it sitting on the container for a day or two to allow the seedlings to aclimatize to the drier air.

Growing On The Papyrus Seedlings

Once the seedlings are large enough to handle there are a number of options. 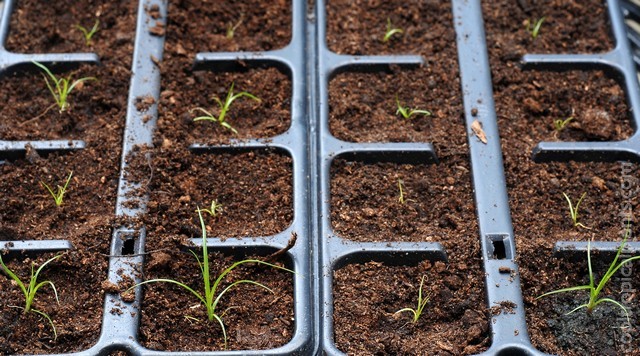 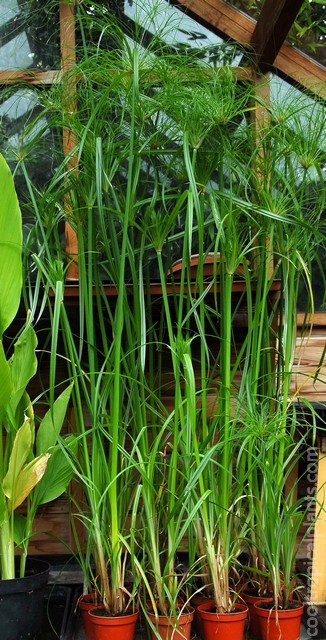 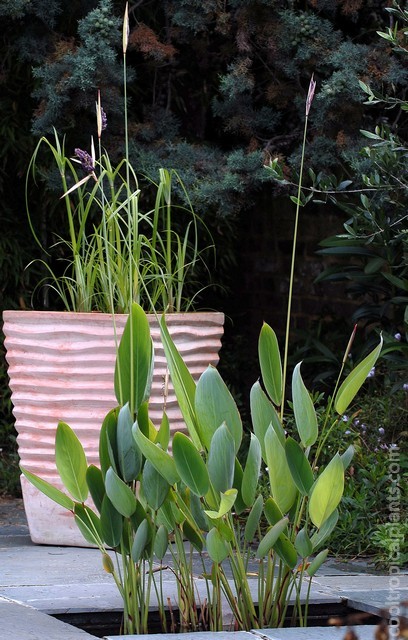 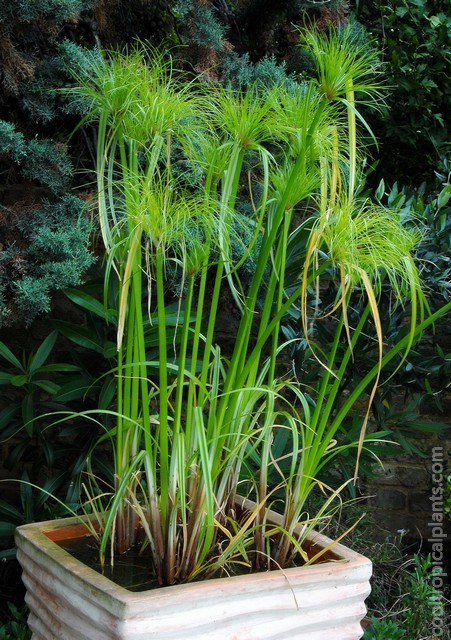